Parklife is Manchester’s biggest annual festival, and after the amazing time, I had last year (shameless plug check out my blog post here!) so when the amazing guys from Listen Up invited me back for this year I was naturally very excited! Especially as Liam Gallagher was one of the headline acts! So, I grabbed my sunnies, plaited my hair and put on my best pout, ready for the weekend ahead!

Parklife was spread over two days and so much happened amidst the mud, laughter and compulsory festival chips. From Liam Gallagher dedicating Live Forever to the 22 Victims of the Manchester Arena Attack, to getting glittered up in the Pretty Little Thing van, these are my personal highlights from the weekend and top Parklife tips for not just Parklife but any festival you are going to this or next year!

Manchester is still grieving for the horrific terror attack which happened in May 2017 at Manchester Arena after the Ariana Grande concert. What’s beautiful to see is the level of bravery and support still shown by Mancunians all over. Introduced by Andy Burnham, the Manchester Survivors Choir, made up of parents and children who survived the attack, put on an emotional and extremely touching performance of their charity single “A City United”. What was incredible, at this moment, the entire of Parklife just stopped. The Manchester Survivors choir once again brought the people of Manchester together. Looking around, there were comforting hugs, tears, friendships formed, but most of all, there was support. Easily, this was my highlight of Parklife 2018.

Taking to Twitter before the festival, Liam branded Parklife as Parkalife in tribute to his statement fashion choices of classic Parkas. Gallagher fans flooded into Heaton Park, dressed in Parkas and merch, eagerly awaiting the return of Liam to the Parklife stage. Unfortunately, the return was solo and this wasn’t the long-anticipated Oasis reunion that the world is begging for, but nevertheless, Liam’s performance was 100% worth the wait. Although we didn’t get an Oasis reunion, Liam’s set was incredible, and he certainly gave the crowd what they wanted – a mixture of classic Oasis songs, and some of Liam’s new material, which is actually a really good listen! 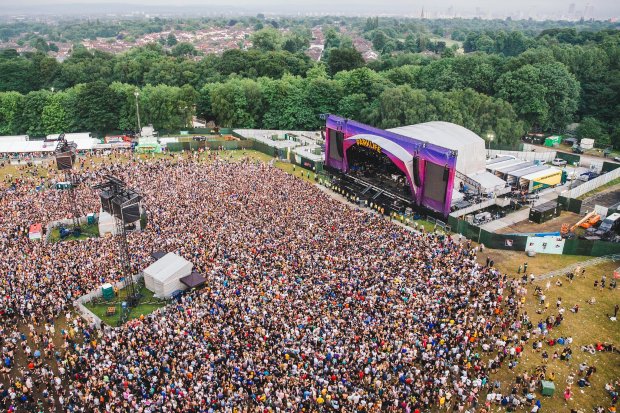 Until you have been to Parklife you can’t really describe the atmosphere to people. Everyone always asks me, what is Parklife actually like, and the truth is until you have been yourself you can not describe it! With over 80,000 people going through the gates of Heaton Park for this prestigious and somewhat historic Mancunian festival, if you go and it’s rained you better be prepared for your shoes to no longer have a place in your shoe collection. Thankfully, Parklife 2018 I managed to wear appropriate shoes compared to Parklife 2017 where I certainly didn’t and my brand new white pumps ended up a lovely shade of black! Parklife is a festival that you have to experience yourself, and if you ever get the chance to go, I really recommend that you do!

Did you go to Parklife? Let me know on any of my socials @gabbyfabrizio! and once again, a huge thank you to Listen Up for inviting me down! Although the guys at Listen Up invited me down, all opinions remain my own!